“It is with great pleasure that I announce that John MacDonald has accepted the position of President of Britespan Building Systems Inc. and associated companies,” said Ben Hogervorst, current President of Britespan. “Since John joined our team in September of 2016, he has truly helped transform the company, and has been instrumental in Britespan’s growth and success. Without a doubt we can expect to see even more positive change with John in the driver’s seat.”

In his role as Vice President of Operations, John has led several improvement initiatives. These initiatives have resulted in growth and improvement in all areas along with the expansion and creation of our fabric production facility.

At the core of John's leadership is the support and development of a participative management culture. “I believe that our employees are Britespan’s most valuable assets and as such, we must continue to invest and support our Britespan team to best service the organization and our network of authorized dealers. The management team that has been recruited over the past few years have those same principles and values,” said John.

Ben Hogervorst has taken the role of Chief Executive Officer and will focus primarily on Britespan’s sales and development throughout Canada and internationally. 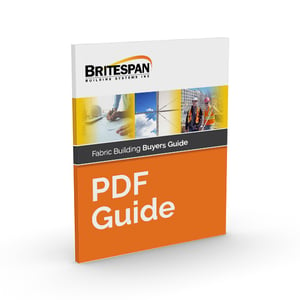